Nkarta seeks to improve upon the efficacy of cell therapy, making it more potent, better tolerated and more rapidly available to a broad population of patients with a variety of hematologic and solid tumor malignancies.

While T-cell therapy, often known as CAR-T, has proven successful in certain cancer indications, its promise has been limited to a few hematologic malignancies and the side effects can be severe. Natural Killer cells are the immune system’s first responders against diseases and pathogens. Unlike T cells, they have an inherent ability to target tumor cells without genetic alteration, and therefore hold significant promise in the development of potent therapies that can be used more readily for diverse tumor types. Nkarta’s differentiated cell therapy approach is designed to boost and enhance the inherent power of Natural Killer cells to target and destroy tumor cells, while also offering a better tolerated safety profile. 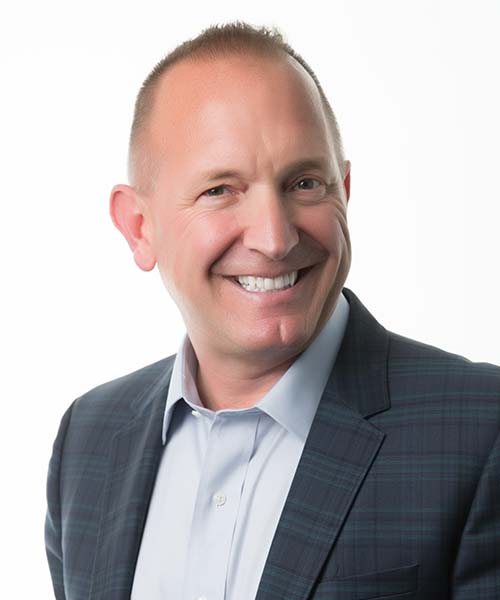 He is currently Lead Independent Director of Pacira Biosciences, Inc., and Director at ViaCyte. He also serves as Chair of the Biotechnology Innovation Organization (BIO). Mr. Hastings was recently the Chairman of the Board of Proteon Therapeutics, was on the Board of Directors of Relypsa, Inc. (acquired by Galenica), was Chairman of the Board of Proteolix (sold to Onyx Pharmaceuticals in 2010) and served on the board of ViaCell (sold to Perkin-Elmer in 2007).

Mr. Hastings received a Bachelor of Science degree in pharmacy from the University of Rhode Island. 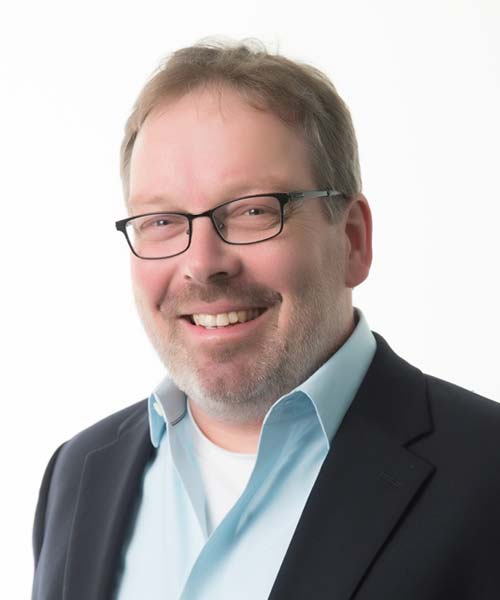 He received his MS and PhD in cell biology from the Biocenter, University of Basel, Switzerland and completed postdoctoral training at the Howard Hughes Medical Institute at the University of California, San Francisco.

Dr. Hager joined Nkarta as Chief Legal Officer in 2020 and is responsible for directing the company’s legal affairs. She was previously at OncoMed Pharmaceuticals for nearly eleven years, where she held multiple roles of increasing responsibility, serving most recently as Senior Vice President and General Counsel. During her tenure at OncoMed, she negotiated major strategic partnerships, helped lead the company through its IPO, and oversaw a cross-border merger. Prior to joining OncoMed, Dr. Hager was an attorney at the law firm of Morrison & Foerster LLP, where she served as intellectual property counsel to biotech and pharmaceutical clients. Early in her career, Dr. Hager was a patent agent at the law firm of Heller Ehrman White & McAuliffe LLP. 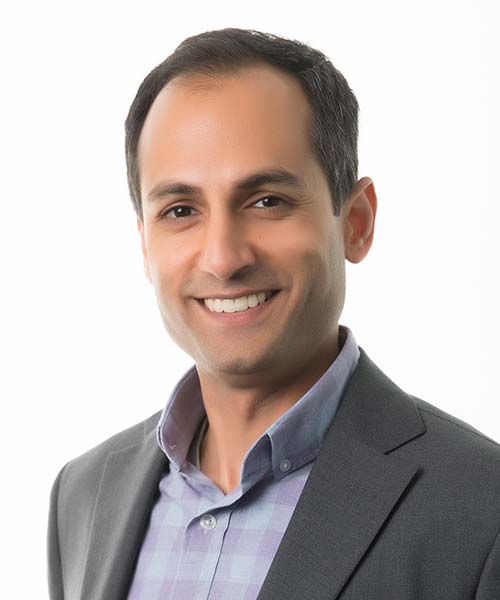 Dr. Mahmood was named Chief Financial and Business Officer in 2020. He joined Nkarta in 2018 to lead corporate and business development activities. Prior to that, he headed corporate development at Second Genome where he was responsible for establishing strategy and partnerships across the company’s portfolio of programs and oversaw all intellectual property matters. Earlier in his career, Dr. Mahmood was Staff Scientist at Kythera Biopharmaceuticals (acquired by Allergan), overseeing preclinical research for the company’s lead molecule, Kybella®. He has also worked in equity research at Goldman Sachs and consulted for early stage companies in the life sciences and clean energy sectors.

Dr. Shook was appointed Vice President of Clinical Development in 2022 and leads Nkarta’s clinical research strategy and execution. He has more than 10 years of clinical research and development experience and has authored dozens of scientific publications covering areas including the quantitation of minimal residual disease in acute myeloid leukemia, stem cell transplantation, as well as NK cell and T cell therapies for hematologic malignancies and solid tumors. Prior to joining Nkarta in June 2020, he led multiple first-in-human cell therapy clinical trials, including pioneering the use of CD19 CAR NK cells. He was a fellow, fellowship director and faculty member at St. Jude Children’s Research Hospital, where he conducted research in the laboratory of Dario Campana, MD, PhD, Nkarta’s scientific founder.

Dr. Shook received his medical degree from The Johns Hopkins University School of Medicine and his bachelor’s degree in molecular biology from Purdue University. He is board certified in Pediatric Hematology & Oncology and General Pediatrics. 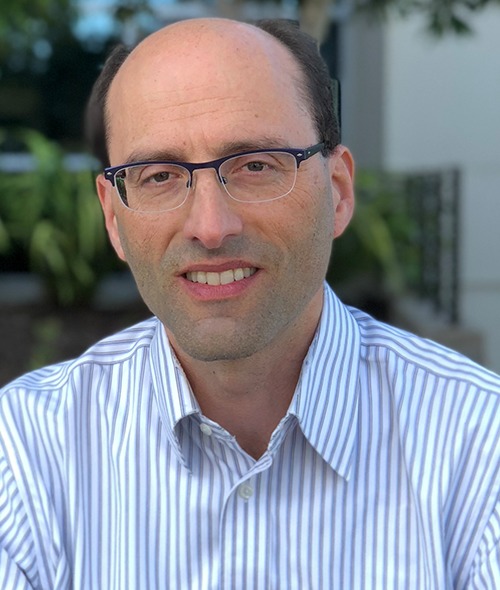 Dr. Trager joined Nkarta in 2016 and leads all new product discovery efforts. Dr. Trager is deeply versed in the development and application of cellular therapies for cancer. He previously served as Vice President of Research and Development at Dendreon, where he was responsible for product development, clinical immunology, analytical development, and process automation, supporting the late stage development of sipuleucel-T through clinical study, approval, and commercialization. Prior to Dendreon, Dr. Trager was a Senior Scientist at Geron, where he was part of the team that cloned human telomerase, and later established a Quality Control function to enable the manufacture and clinical development of a telomerase inhibitor.

Dr. Trager is a graduate of St. John’s College in Santa Fe New Mexico; and served as a Peace Corps volunteer in the Central African Republic. He received his doctorate in Molecular Biology and Biochemistry from the University of California at Berkeley, where he performed mechanistic studies on the src oncogene. 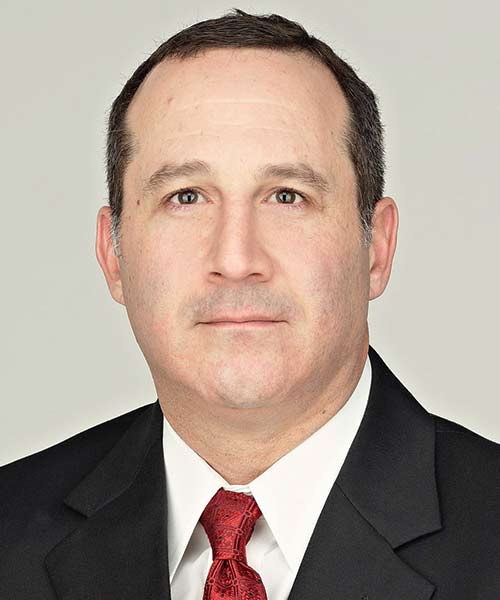 Dr. Azzam joined LSP in 2007. He became a General Partner of the firm in that same year. Dr. Azzam’s prime focus and responsibility within LSP is to invest in unlisted securities and manage the firm’s North American operations. Prior to joining LSP, Dr. Azzam was the Managing Director of Eastman Ventures, the investment arm of Eastman Chemical Company, where he built-up its Healthcare and Advanced Materials practice. In his role as Managing Director, he was responsible for numerous early- and late-stage investments across the US & Europe. Dr. Azzam brings a wealth of investment expertise to the LSP team. Prior to his role at Eastman Ventures, Dr. Azzam held senior leadership positions at Eastman Chemical including roles in Innovation, Corporate Strategy, Corporate Development (M&A) and New Business Development. His career also includes business, operating, and technology roles at Occidental Chemical and BFGoodrich. 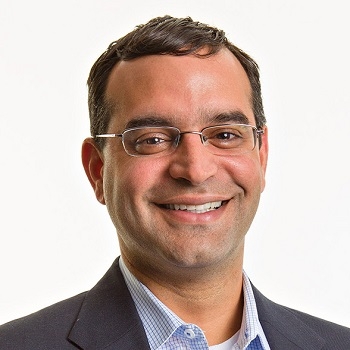 Dr. Behbahani, MD, MBA, joined NEA in 2007 and is a Partner on the healthcare team. He is a co-founder of Nkarta and specializes in investments in the biopharmaceutical, medical device, specialty pharmaceutical and healthcare services sectors. Prior to joining NEA, Dr. Behbahani worked as an intern and later as a consultant in business development at The Medicines Company, a specialty pharmaceutical company developing acute care cardiovascular products. He previously held positions as a Venture Associate at Morgan Stanley Venture Partners and as a Healthcare Investment Banking Analyst at Lehman Brothers. He conducted basic science research in the fields of viral fusion inhibition and structural proteomics at the National Institutes of Health and at Duke University. 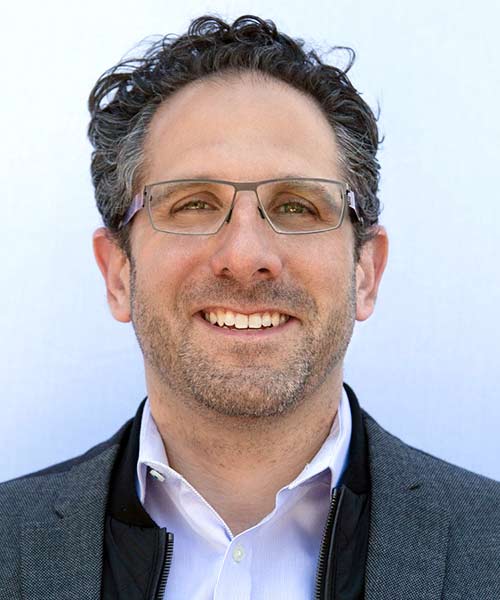 Dr. Dybbs has over 15 years of investment and consulting experience in the life science sector. Dr. Dybbs is currently a Partner at Samsara BioCapital. Prior to joining Samsara, Dr. Dybbs was a Partner at New Leaf Venture Partners, which he joined in 2009. Before New Leaf, Dr. Dybbs was a Principal at The Boston Consulting Group, where he was a core member of their Health Care practice. Dr. Dybbs currently serves as a director of Levo Therapeutics, Sutro BioPharma and IONpath. Previously, he served on the boards of Versartis, Dimension Therapeutics, Principia and Advanced Cell Diagnostics.

Dr. Dybbs earned a Ph.D. in Molecular and Cellular Biology and Genetics from University of California, Berkeley, where he was awarded a Howard Hughes Medical Institute fellowship and received an A.B. in Biomedical Sciences from Harvard University. His research had been published in peer-reviewed journals, including Science, Nature and Neuron. 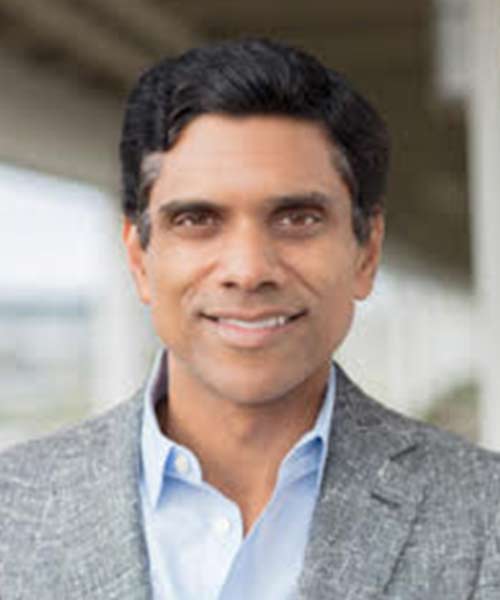 He is currently Lead Independent Director of Pacira Biosciences, Inc., and Director at ViaCyte. He also serves as Vice Chair and member of the Executive Committee of the Biotechnology Innovation Organization (BIO). Mr. Hastings was recently the Chairman of the Board of Proteon Therapeutics, was on the Board of Directors of Relypsa, Inc. (acquired by Galenica), was Chairman of the Board of Proteolix (sold to Onyx Pharmaceuticals in 2010) and served on the board of ViaCell (sold to Perkin-Elmer in 2007).

Mr. Hastings received a Bachelor of Science degree in pharmacy from the University of Rhode Island.

Prior to Tenaya, Ms. Patterson served as the President and Chief Financial Officer of Adverum Biotechnologies, Inc. and formerly held the positions of Chief Executive Officer and Director. Previously, Ms. Patterson was Chief Financial Officer at Diadexus, Inc. and Transcept Pharmaceuticals, Inc. until its acquisition by Paratek Pharmaceuticals, Inc. Earlier in her career, she served in financial leadership roles at NetApp, Inc., Exelixis, Inc., Novartis AG and Chiron. 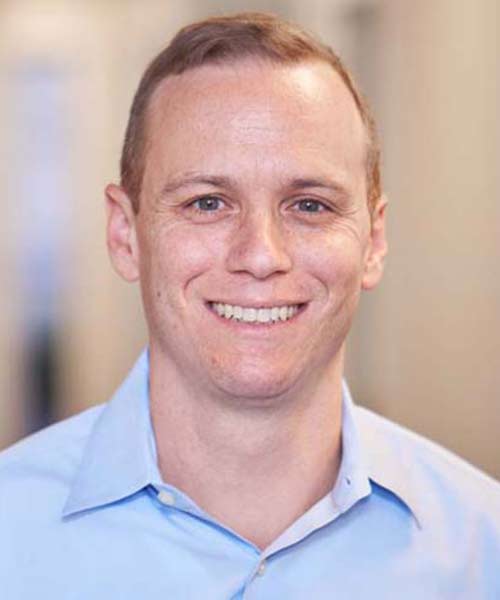 Dr. Scheiner joined RA Capital Management, LLC in 2015 where he is a Principal on the Investment Team. Prior to joining RA Capital, Dr. Scheiner was a Science Officer at the California Institute for Regenerative Medicine. Dr. Scheiner works on both public and private investments and serves as a board director for two other privately-held companies. Dr. Scheiner holds a BS in Molecular Biophysics and Biochemistry from Yale University, and a PhD in Neurobiology and Behavior from the University of Washington. 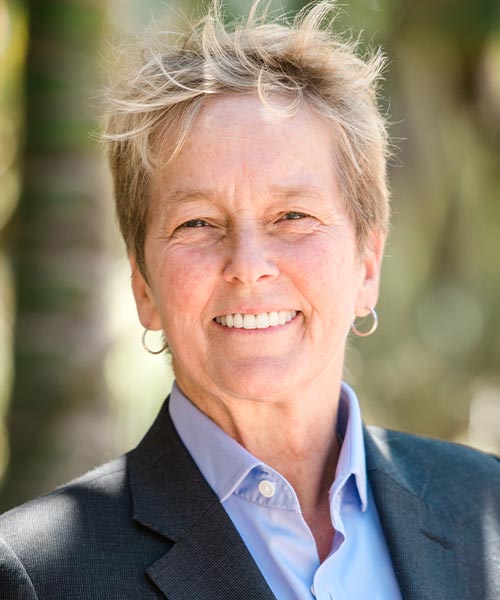 Dr. Shawver has more than 20 years of executive leadership experience in biotechnology. She is currently the President and Chief Executive Officer of Capstan Therapeutics, a biotechnology company focused on delivering precise, in vivo cell engineering to patients. Prior to Capstan, Dr. Shawver served as CEO of Silverback Therapeutics, President and CEO of Synthorx, and CEO of Cleave Biosciences. Earlier in her career, Dr. Shawver held positions at 5AM Ventures, Phenomix Corporation, SUGEN, Inc. and Berlex Biosciences (formerly Triton Biosciences).

She is the founder of the non-profit organization, The Clearity Foundation, which helps women with ovarian cancer improve their treatment options. Dr. Shawver currently serves on the board of Silverback Therapeutics, Relay Therapeutics, Cleave Biosciences, and BrightPeak Therapeutics. She received her PhD in Pharmacology from the University of Iowa. 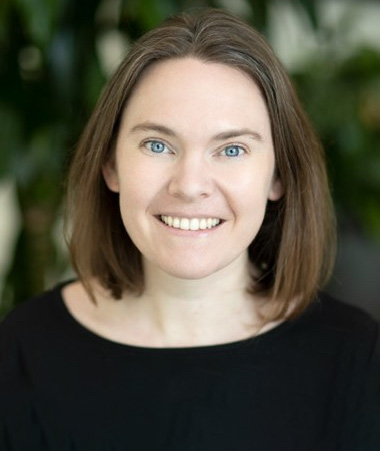 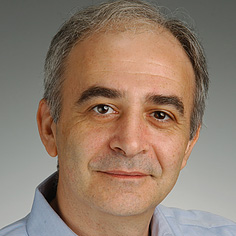 Dr. Campana is the scientific founder of Nkarta and is a leader in the field of cell therapy. Dr. Campana discovered Nkarta’s underlying NK expansion technology in the course of his research at the St. Jude Research Hospital; at St. Jude he also created the CD19-41BB-CD3zeta chimeric antigen receptor (CAR) that was subsequently shown to be highly effective in treating patients with Acute Lymphoblastic Leukemia (ALL), an aggressive form of the disease. Other achievements include the development of effective methods for monitoring residual disease in acute leukemia leading to high cure rates in childhood ALL and acute myeloid leukemia. 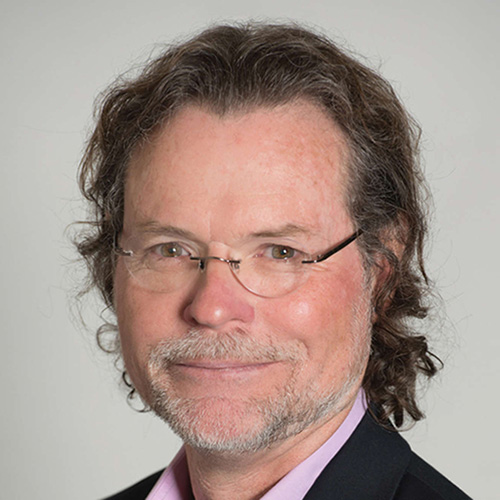 Dr. Lanier is Chairman of the Department of Microbiology and Immunology, Co-Leader of the Cancer, Immunity, and Microenvironment Program, and Director of the Parker Institute for Cancer Immunotherapy at the University of California San Francisco.

Dr. Lanier received his Ph.D. from the University of North Carolina, and was a Damon Runyon – Walter Winchell Cancer Research Fellow at the University of New Mexico. He went on to hold leadership roles at the Becton Dickinson Monoclonal Center and at the DNAX Research Institute prior to joining the UCSF faculty.

Dr. Lanier is a recognized expert on natural killer (NK) cell biology, making seminal contributions to the understanding of NK cell recognition and targeting of virus infected tissue. He has discovered and characterized multiple activating and inhibiting NK receptors, and demonstrated their interaction with cancer cells. For his contributions, he received the 2002 William B. Coley Award, and earned membership in the National Academy of Sciences. He continues to explore the mechanisms that enable NK cells to distinguish between healthy cells and infected or cancerous cells.

Our Vision and Mission

OUR VISION | To be the leading company delivering innovative, accessible cell therapies for cancer patients, their caregivers and families

OUR MISSION | We strive to discover, develop and deliver novel off-the-shelf NK cell therapy product candidates that have a profound impact on cancer patients